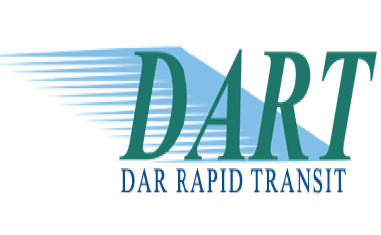 Construction of the first phase was completed in December 2015 at a total cost of €134 million funded by the African Development Bank, World Bank and the Government of Tanzania.

The first phase of the project has a total length of 21.1 kilometers with dedicated bus lanes on three trunk routes with a total of 29 stations.The entire system is operated by The Usafiri salama Dar es Salaam Rapid Transit (UDA-RT) under the surveillance of the Surface and Marine Transport regulatory authority (Sumatra) Currently, the route is serviced by a fleet of 140 Chinese built Golden Dragon buses, providing express and local service for 18 hours daily from 05:00am to 11:00pm.

Warning: Never Pay To Get A Job Because Legitimate companies don't ask for money And Ajirasasa.com is not responsible for monies paid to Scammers