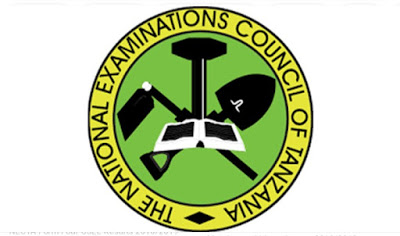 The Examinations Council of Tanzania will conduct national examinations and conduct examinations for candidates of various classes, including the form six with 90,182 candidates in the financial year 2020/21.

Also in that year, the Council will conduct Form Four examinations for 495,207 candidates by the end of this year 2020.

Presenting the budget of the Ministry of Education, Science and Technology, the Minister of the Ministry, Professor Joyce Ndalichako on Friday, April 23, this year said, the Council will conduct the testing of students in standard Four, Standard seven and Secondary, form four and form Six for year 2020/21.

Professor Ndalichako said the Council will conduct a survey of about 1,825,387 fourth-grade students and will conduct a primary education test for 1,009,938 candidates nationwide.

It will also conduct a national reading, numeracy, and numeracy (KKK) examination of a sample of 33,350 second-class candidates in January 2021.
In addition, Minister Ndalichako said the ministry had provided funding for 620 lecturers for scholarships locally and abroad.

Also the ministry in the strategy of the Fourth Industrial Revolution in the country has set up a system for teaching various courses at the Institute of Technology in Dar es Salaam, the Nelson Mandela Science Academy in Arusha, and the Mbeya Technical College.

Both colleges have initiated courses on the industrial revolution to push forward towards the goal of becoming an industrial country and reaching the middle economy by 2025.

At the same time, Professor Ndalichako said, the Tanzania Universities Commission in the financial year 2020/21, will review 25 Universities with a view to ensuring their quality.

He said it would also evaluate 200 different scholarship programs at Universities in the country and register those that would meet the criteria and would evaluate and recognize 5,000 awards presented at universities abroad.

Professor Ndalichako said, it would coordinate and review the applications of approximately 100,000 first year students who would apply for admission to tertiary institutions in various programs.

“It will prepare guidelines for symmetry in the programs of Engineering and Human Sciences,” he said.

He also said it would conduct research to advise the Government on various issues aimed at making improvements in the country’s higher education system.