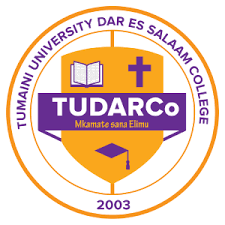 In addition, TUMA has one Teaching Centre, the Mbeya TUMA Teaching Centre. TUDARCo was awarded its Letter of Interim Authority on 1st July 2004 and its Certificate of Provisional Registration on July 14th, 2005.

Certificate of Full Registration was granted in 2007. TUDARCo was awarded its Charter on 20th August, 2013 by HE The President of the United Republic of Tanzania.

These students were initially enrolled in three degree programmes, namely – the Bachelor of Business Administration (BBA), Bachelor of Arts in Library and Information Service (BALIS) and the Bachelor of Laws (LL.B).