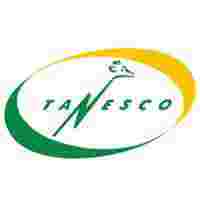 Names Called for Work at Tanzania Electric Supply Company Ltd (TANESCO)
Tanzania Electric Supply Company Limited (TANESCO) is a Parastatal organization established by Memorandum and Articles of Association incorporated in 26th November 1931 which established Tanzania Electric Supply Company Limited (the then Tanganyika Electric Supply Company Limited -TANESCO). The Company generates purchases, transmits, distributes and sells electricity to Tanzania Mainland and sells bulk power to the Zanzibar Electricity Corporation (ZECO), which in turn sells it to the Public in islands of Unguja and Pemba. TANESCO owns most of the electricity generating, transmitting and distributing facilities in Tanzania Mainland with estimated population of 50 million.
Historically, the German colonialists established the first public electricity supply in Tanzania, the then called Tanganyika in 1908 at Dar es Salaam. It served the railway workshops and a part of the town where the colonialists were mostly staying. In 1920, when Tanganyika territory was put under Great Britain protectorate, a Government Electricity Department was formed to take over and operate the public supplies left by the Germans. In 1931, the Government handed over the undertaking at Dar es Salaam and those elsewhere upcountry (Dodoma, Tabora and Kigoma) to private enterprises. One of these companies was the Tanganyika Electric Supply Company Ltd. (TANESCO) and the other Company was the Dar es Salaam and District Electric Supply Company Ltd (DARESCO). The two companies were merged in 1964 and later changed its name into Tanzania Electric Supply Company (TANESCO).
Tanzania Development Vision 2025 envisages to make the Country the middle income by 2025, this implies that GDP per Capita will be raised from USD 640 to at least USD 3,000 by 2025. To achieve this target, we need fast economic growth which must be propelled by adequate, reliable, affordable and environmental friendly electricity supply. Therefore Generation capacity need to be increased from 1,583 MW to at least 10,000 MW by 2025. Also Increase electricity connection levels from 24% recorded in 2014 to at least 50% and access levels from 36% to at least 75% by 2025. In view of the above vision, the Government, through various directives, has directed TANESCO to review its corporate structure to enable realization of the vision 2025 goals. In undertaking its core functions TANESCO is guided by National Energy Policy of 2003 and Electricity act of 2008.
TANESCO Ltd functions under regulatory guidance of Energy and Water Utilities Regulatory Authority (EWURA) established by the EWURA Act of 2001. In complying with the above directives, the Company has come up with structure that reduces operational costs without compromising performance and efficiency. It has also considered the National Agenda for Industrialization that aims at transforming Tanzania’s economy into middle income.
CLICK HERE TO GET ALL NAMES | BONYEZA HAPA KUPATA MAJINA YOTE

Check Also
Close
Search Job here
Like us on Facebook
Find us on Facebook
Recent Posts
Warning: Never Pay To Get A Job Because Legitimate companies don't ask for money And Ajirasasa.com is not responsible for monies paid to Scammers
Facebook Twitter Skype WhatsApp Telegram
Back to top button
Close
WP Twitter Auto Publish Powered By : XYZScripts.com