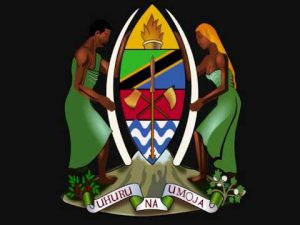 The establishment of the Ministry of Regional Administration and Local Government is mentioned in the Constitution of the United Republic of Tanzania Article 8 (1) 145 and 146 of 1977 and many other subsequent amendments.In 1982 under the Parliament of the United Republic of Tanzania it passed the Local Government No 7 (Cap 287) Act and the City Authorities Act No. 8 (Cap 288).These two laws gave authority to the Minister dealing with regional and local government authorities on the establishment of District, Village, Minor, and Local Authorities.
Download the pdf document hereBofya link hapa chini kuyaona majina yote
Majina yote  yanapatikana hapa

Check Also
Close
Search Job here
Like us on Facebook
Find us on Facebook
Recent Posts
Warning: Never Pay To Get A Job Because Legitimate companies don't ask for money And Ajirasasa.com is not responsible for monies paid to Scammers
Facebook Twitter Skype WhatsApp Telegram
Back to top button
Close
WP Twitter Auto Publish Powered By : XYZScripts.com